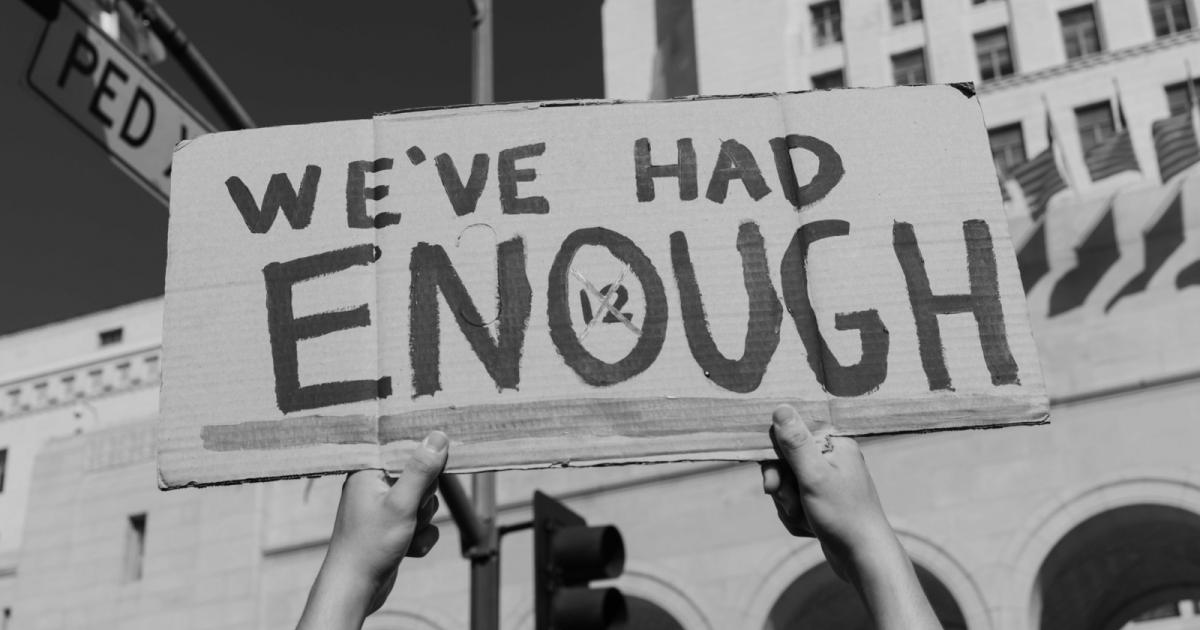 If Weed Is Legal, Why Are So Many People Still Being Arrested And Locked Up For It?

This article was originally published on Weedmaps, and appears here with permission.

While Michigan dispensaries collectively bring in millions of dollars every month, Michael Thompson is serving a de facto life sentence in the same state for the very same reason — selling cannabis.

As the country grapples with both a global pandemic and nationwide protests against police brutality and systemic racism, cannabis remains at the forefront of the cultural and political conversation. Cannabis was deemed an essential business by nearly all states with a medical or adult-use market during COVID-19, yet its criminalization has resulted in the arrests of millions of Americans, with Black individuals arrested at significantly higher rates than their white counterparts. The majority of the population reside in states with legalized medical or adult-use cannabis, and over two-thirds of Americans support legalization. We are leaps and bounds away from the days of reefer madness and Nancy Reagan’s Just Say No campaign, yet thousands of people are currently sitting in jail or prison for cannabis-related offenses, and over 660,000 people were arrested for cannabis in 2018 alone.

Legal cannabis spending in the United States is predicted to reach over $16 billion in 2020, and the industry is responsible for the creation of nearly 340,000 jobs. If cannabis is a legal, multi-billion dollar industry, and even regarded as an essential business alongside pharmacies and grocery stores, then why are so many people still being arrested and locked up for it? Why are some allowed to profit off the industry while Michael Thompson is regarded as a criminal who deserves to spend the rest of his life in prison?

The simple answer is that cannabis is still federally illegal and many states have not passed decriminalization laws. There is also no federal law that requires the clearing of records of those convicted of something that is no longer a crime, otherwise known as retroactive ameliorative relief. However, there is nothing simple about the United States criminal justice system and the answer is much more complicated.

How did we even get to this point?

While anti-drug policies can be traced back to the early 20th century, the War on Drugs that contributed to the current state of mass incarceration in the United States began in the 1970s under the Nixon administration. In 1971, President Nixon declared drugs to be “public enemy number one,” setting the stage for a new era of tough-on-crime drug policies. While the demonization of drugs and drug users began with President Nixon, it was exacerbated during the Reagan and Clinton administrations and allowed for the introduction of mandatory minimum sentencing, zero tolerance policies, and three-strikes laws. The number of people in state and federal institutions increased from an estimated 196,000 in 1970 to 2.3 million in 2020. For drug offenses, the number of people incarcerated rose from over 40,000 in the 1980s to 452,000 in 2017. According to the Prison Policy Initiative, the United States has the highest incarceration rate in the world, with over 2.3 million people currently being held in correctional facilities throughout the country.

Even though cannabis is legal for adult-use in 11 states and medical use in 33 states, the federal government still classifies it as an illegal Schedule I substance, alongside heroin. Because of its federally illegal status, there are serious penalties for cannabis-related crimes. A first-time cannabis possession offense can result in a misdemeanor penalty with imprisonment of up to one year and a $1,000 fine. For second-time offenders, the penalty increases to a felony conviction, up to two years in prison, and a $2,500 fine. For someone caught selling or cultivating cannabis, the federal penalties dramatically increase in severity and typically result in both a felony conviction and mandatory prison time.

Twenty-seven states and the District of Columbia have taken steps to decriminalize cannabis-related offenses. The decriminalization of cannabis is when the penalties for possession, consumption, and/or low-level sales are removed or significantly reduced. However, this means that 23 states still impose harsh penalties for cannabis-related offenses. For example, in Arizona, a state with some of the strictest cannabis laws in the country despite having a medical program, a simple possession charge can result in a Class 6 felony conviction. Other examples of Class 6 felonies in Arizona include aggravated DUI, theft, and resisting arrest.

So, despite cannabis legalization making significant progress over the past decade, the quasi-legality of cannabis has resulted in a situation where some are reaping the benefits of the industry while thousands of others are still being arrested and incarcerated for the same plant every year.

The current state of cannabis criminalization in the United States

There are also significant racial disparities in cannabis arrest rates. According to the ACLU, Black people are 3.64 times more likely to be arrested for cannabis than white people, despite both groups consuming at similar rates. These disparities exist in every state across the country. Black people are also more likely to receive longer and more punitive sentences than white people for similar offenses. Cannabis arrests can also result in deportation for undocumented immigrants. In 2013, cannabis possession was the fourth leading cause of deportation for crime-related reasons. Drug offenses make up nearly 21% of the incarcerated population; however, only a fraction of those are for cannabis-related charges. While state-level data is difficult to obtain, federal data is more widely available. In 2019, the US Sentencing Commission reported that a little over 8% of those sentenced for drug arrests were for cannabis. Of those convicted for drug offenses, the majority received prison time, and just a few received probation-only sentences.

Another explanation as to why so many people are still arrested and locked up for cannabis is because the United States is one of just a few countries that does not automatically recognize retroactive ameliorative relief. Retroactive ameliorative relief, also known as the mercy clause, is when a law is passed to lessen or cease the punishment for a crime, and the new law retroactively benefits those previously convicted of that crime.

There is no automatic recognition of retroactive ameliorative relief set at the federal level, but state and local governments can include a provision that ensures new cannabis laws apply retroactively.

In summary, those in federal prison for cannabis are there because cannabis is still classified as an illegal substance by the federal government. For those in state prison or county jail for cannabis-related offenses, cannabis is either (1) not legal in that jurisdiction or (2) there are no retroactive ameliorative relief provisions in the state cannabis laws.

Incarceration rates are only part of the story

There are some truly tragic and unjust cases of people whose lives have been ruined by cannabis incarceration, such as Michael Thompson; however, most cannabis arrests do not result in prison time.

While unequivocally no one should be arrested or locked up for cannabis, the data shows that prisons and jails are not bursting at the seams with nonviolent drug offenders. In fact, 4 out of 5 people in prison or jail are locked up for something other than drug offenses.

But just because someone does not go to prison after being arrested does not mean they are in the clear or that their record is clean. Incarceration is not the only negative outcome of a cannabis arrest. To fully understand the scope of cannabis criminalization, it is necessary to look at the potentially long-term, detrimental impacts that an arrest can have on one’s life — which are considerable.

So while the cannabis industry grows and more people use cannabis for a variety of reasons, it’s important to understand that many people were unfairly targeted and serve unjust prison sentences for a plant that many currently profit from and enjoy. Even with an explanation of the laws that make this so, we should still be asking ourselves “does this make sense?”

Read the original Article on Weedmaps.

© 2020 Benzinga.com. Benzinga does not provide investment advice. All rights reserved.

Does Calyxt (NASDAQ:CLXT) Have A Healthy Balance Sheet?

The Law Offices of Frank R. Cruz Announces the Filing of a Securities Class Action on Behalf of Airbus SE (EADSY, EADSF) Investors

Preferred Equity Offering of Lead Real Estate via a Digital Securities Issuance, Brought to Market by GRIP, Securitize and Rialto

The Best Way to Trade Activision Blizzard Stock Ahead of Earnings

How Rhode Island’s real estate market is handling the coronavirus