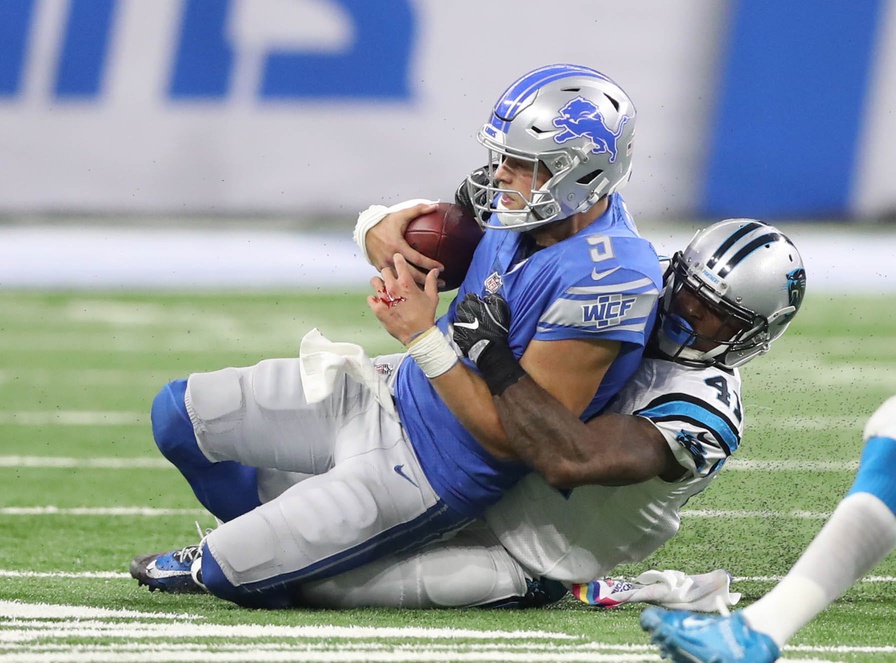 Can Matthew Stafford Stay Healthy in 2020?

Among the biggest challenges the Lions will face this upcoming season due to the modified activities of training camp will be putting together an offensive line that can produce effectively and quickly.

The challenge is of the utmost importance since franchise passer Matthew Stafford is returning after suffering serious back injuries in back-to-back seasons.

After moving on from guard Graham Glasgow and tackle Rick Wagner, the organization selected two guards in the 2020 NFL Draft and invested heavily in Halapoulivaati Vaitai in an attempt to rebuild the offensive line.

Frank Ragnow and Taylor Decker are the two returning members of the line that are expected to continue to lead the revamped unit.

It’s universally recognized that if Stafford suffers any further setbacks, then Detroit’s chances for success will be in jeopardy yet again.

Also, discussed on this week’s podcast:

Don’t miss any future episodes of the podcast. Make sure to subscribe to the LionsMaven Podcast, which is available everywhere your favorite podcasts are housed.

Lions Players That Could Have Most Benefited from Preseason